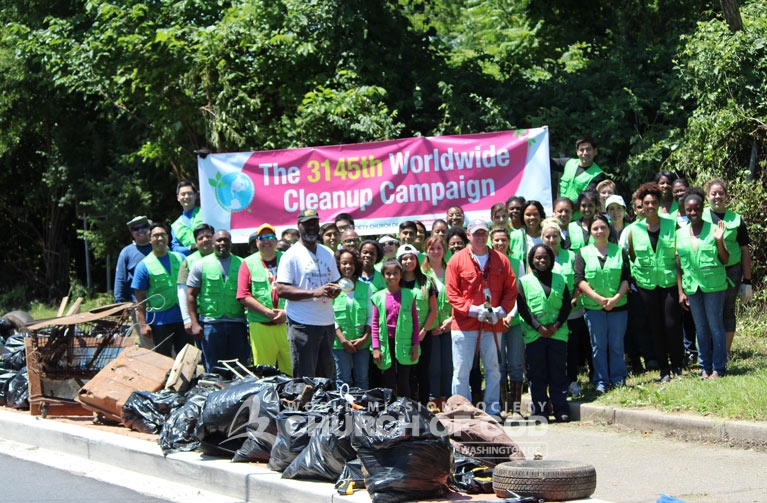 A park cleanup may not be the first thing that comes to mind when one thinks about Father’s Day plans. Father’s Day is a family tradition many cherish to commemorate our fathers who do so much for us. However, the World Mission Society Church of God decided to celebrate it differently this year. On the morning of Father’s Day, June 19, Church members participated in an environmental cleanup.

Volunteers teamed up with the Department of Energy and Environment (DOEE) for a mass cleanup event in Washington DC. Kenilworth Park and the intersection of Eastern Avenue and 63rd Street both have fallen victim to illegal dumping. Washington DC is a tourist attraction because of its monuments, architecture and museums. However, many areas still remain unattended to. As illegal dumping sites have become more prevalent, keeping up with it has become a daunting task for the DOEE. 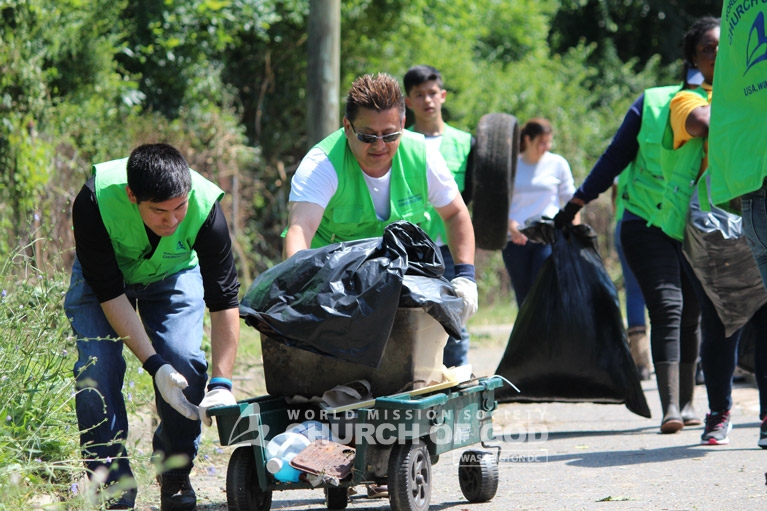 Members from the Church of God hauling off large amounts of trash from Kenilworth Park on Father’s Day.

Even on Father’s Day, the Church members were eager to dedicate just a few hours to this volunteer efforts. From 10 a.m. to 1 p.m., volunteers made every effort to clean up as much trash as they could find. Though these areas are often forgotten, every square inch of DC deserves love and attention as many people call this place their home. The goal of the Church of God is to spread the love of God through community service. Following the virtuous example of God the Father and God the Mother, Church members are taking care of their own hometown.

Young adult volunteers as well as entire families came out to give a helping hand to their community. Volunteers picked trash alongside the road. Some even ventured into the wooded areas to pick up large pieces of debris. This included tires, car parts, bike parts, and so on. Overall, the volunteer team collected over 2,000 pounds of trash! Afterwards, Michael, a DOEE representative, expressed his gratitude in receiving such overwhelming volunteer support on a day most people would spend at home.

Church of God volunteers moving trash together during the Father’s Day park cleanup at Kenilworth Park.

Volunteers rolling abandoned tires down the street from Kenilworth Park in Washington D.C.